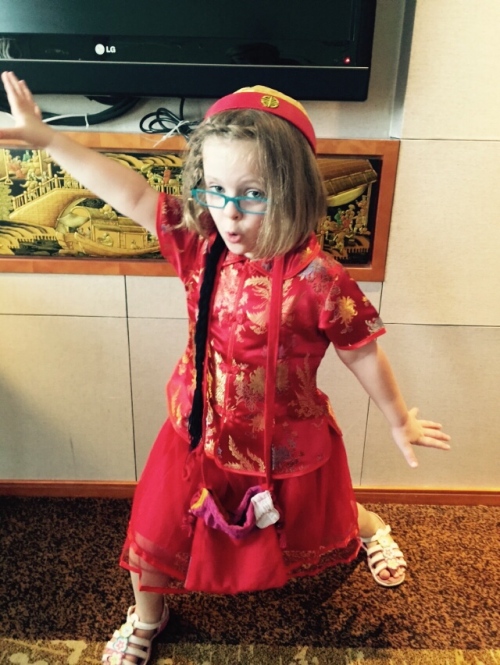 The first week home from China has been filled with a flurry of activity.  Bills, appointments, email, snail mail, groceries and oh so much more. One of the main purposes for taking advantage of the opportunity to travel when we did, was so that Hulaloo would be able to go with us on our family adventure without missing school.  Not just any first day of school.  But THE first day of school, which is also the first day of Kindergarten. We had just a few days to shed the jet lag before school started!  (Luckily we are at the end of the alphabet, which bought us another day. If we had been letters A-J, she would have had to go Wednesday.)

Its easy in all of the excitement of a new family member to overlook the change and sacrifice that is automatically thrust on the other little members of an adoptive family (without their consent.) Think about it….  Our little five year old has literally been around the world to China, gotten a new sister, and started school, all in just two weeks.   Any of those things by themselves is a big deal in the world of a five year old. Add to that about 12 hours of jet lag and it could be a recipe for major drama. (I prepared myself for large bouts of whining that haven’t yet materialized.)

As so often happens, I have been surprised by the resilience and adaptability of children. I am amazed by the way Hulaloo happily stepped into the role of big sister and overcame the challenge of 12 hours of jet lag to step onto a bus full of strangers without Mamma.  (If you have never experienced 12 hour jet lag, it feels like a bus just rolled over you.)

It’s not been all chocolate and roses since returning home.  There have been many ups and downs, but the good far outweigh the bad. Looking at the way our little five year old fireball has handled all the change in her little life, made me realize that her confidence comes from her trust in us.  She knows that we won’t leave and that regardless of what happens at school, WE ARE HERE.  The only way we would allow her to get on a bus is if we know where it is headed and who’s in control.

That’s kind of how God’s plan works for our lives, isn’t it?  We may not be in complete control of the bus (and there may be bullies and … heaven forbid, bad words on the bus,) but He’s in control.  HE IS HERE.

Much like Hulaloo, that is all I need to know.