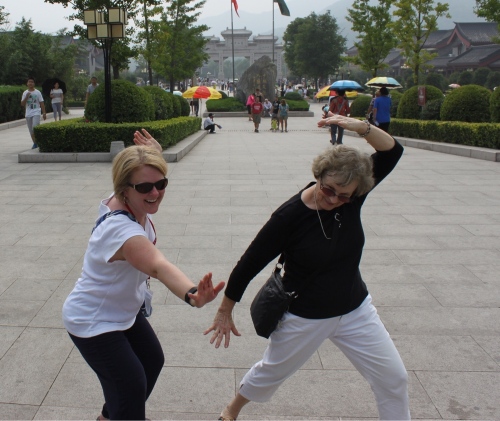 Our time in Zhengzhou was packed full of paperwork and visits to official locations to finalize the adoption and passport.  In addition to visiting her orphanage, I felt convicted to visit more than the mall and Walmart in the province of Little Li’s birth.  I want her to look back on the photos and know that we made an effort to experience the culture and heritage of her province, Henan. When the opportunity to take a day trip to Shaolin Monastery, we jumped at the chance (even though it meant a late return before packing up to head to our next stop in Guangzhou.)

The monastery (also the birthplace of the ancient martial art of Kung Fu) is located outside her hometown of Luoyang and was established in about 420 AD.  Kung Fu is an interesting blend of religion and martial arts. The evolution of Kung Fu and its survival through several dynasties is a fascinating historical journey.  Our guide ‘Tiger’ was a young guy just a few years out of college who spoke fluent English.  He helped our group to navigate the traffic, temple grounds and Kung Fu demonstration show in order to maximize our short time there.  (It was a 1.5 hour drive from our hotel.)  The heat was sweltering, although I’m told it wasn’t too bad for this time of year.

We viewed the burial grounds of the honorable Kung Fu masters.   The oldest site was built in 751 AD and the most recent was 2004.  Note the etchings  on the photo below.  This was a modern Kung Fu master and his students wanted to ensure that he had all the modern amenities in the afterlife.  (See the lap top?)

Tiger telling us about the Kung Fu Masters 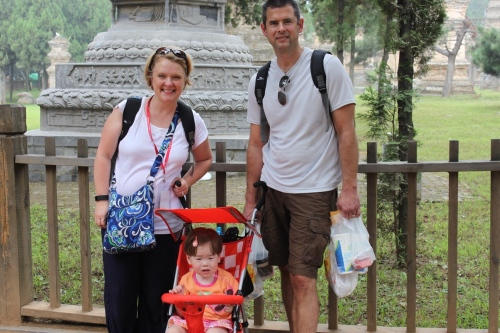 The kung fu show was my favorite part.  Young students and instructors demonstrated power and agility by doing back flips with knives in hand and throwing a pin through solid glass to pop a balloon.  Simply amazing!  (Little Hulaloo has since been demonstrating her own Kung Fu moves and we have had to have a few discussions about ‘don’t try this at home!’) 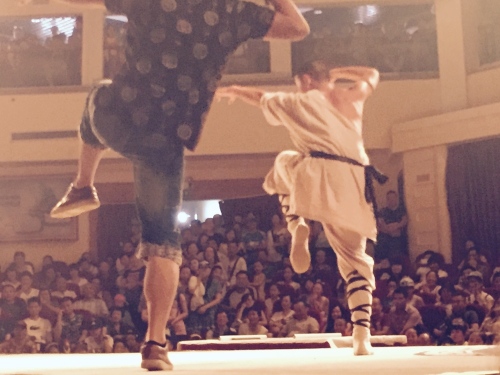 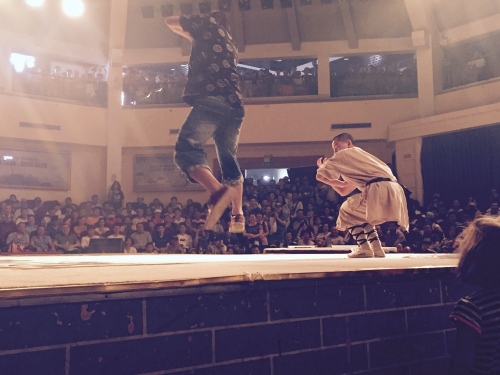 One moment that will forever stand out in my mind from that day will be a gentleman that sat behind us at the show.  I was sitting on the floor next to the stage withJess, another mother who’s new daughter is from the same orphanage and was actually a roommate of Little Li.  The guy tapped us both on the shoulder and pointed at us and the babies we had in our laps and started to speak very quickly in Chinese .  He then gave us a big smile and the universal sign of ‘thumbs up.’  It was quite obvious that he knew we were adopting these little girls.  He was the first person outside of our group within the culture to recognize and encourage our efforts.  (Not all the interactions have been so positive, but I will save that for later.)In the moment I realized that compassion and love for children can transcend language and cultural barriers.

We then moved on and shopped for a little bit (because even the ancient temples of Kung Fu need a gift shop) and headed back to our hotel. 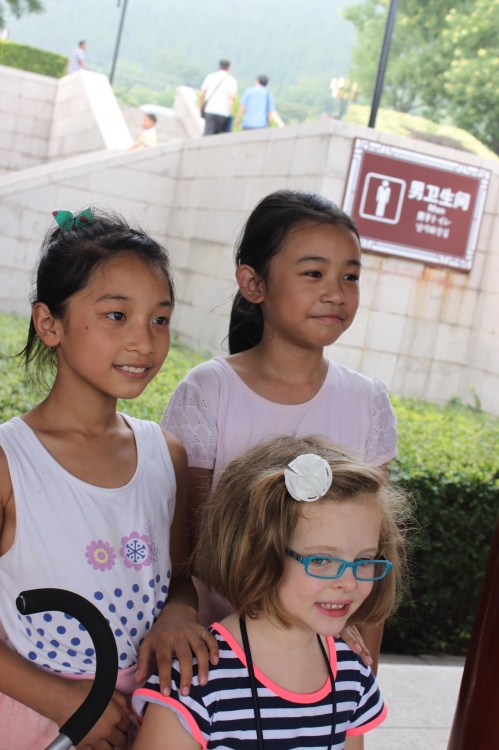 Hulaloo is still a celebrity

Packing up that evening made me a little sad. Our group of families had shared the same floor for a week. It was like leaving the hospital where we had first seen the faces of our precious little ones. 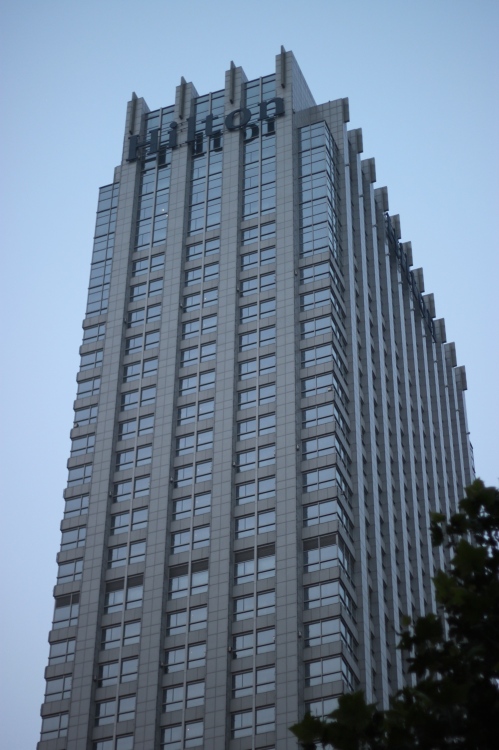 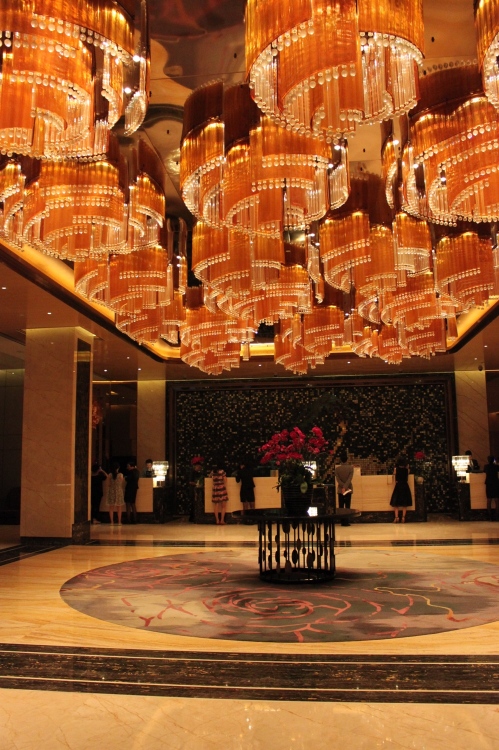 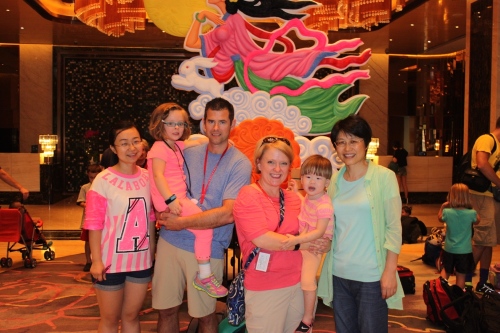 Vivian and Yisha made the process so smooth! Thank you CCAI.

Life has a tendency of moving ahead whether you like it or not, so we picked our bags and prepared our little one for the first airplane ride of her life.  It was either going to go very well…. Or not. I braced myself for the worst and hoped for the best!