On day 6 the adoption was finalized in China!  She is officially ours. We started the day with boundless energy and excitement then ended by practically crawling through the hotel lobby to our room.  It was a day of memorable moments and once-in-a-lifetime opportunities.  In the words of the Dead Poet’s Society, Carpe Diem!  Seize the day . The day was physically exhausting, but we were determined to see her orphanage and finding spot in order to capture as much of her past as we could.  Let me start at the beginning to give you perspective..

9:00 am – The entire group loaded on to the bus and headed back to the office of civil affairs.

This is the same office where we received custody.  Our guide Yisha warned us that the trauma of the previous day might spark crying and emotional responses in our children.  Our pint size army of kids were troopers!  Not a peep from any of them.  We were greeted by an offical who expressed appreiation to us and then called our family’s name.  We went forward and were handed an official adoption certificate.  (We also found out that the registration office is in flux and are in the process of determining new rates for paperwork charges.  Since it hasn’t been finalized, we weren’t charged at all.  BONUS! That would never happen in the USA. Double bonus for the two families adoptioing two kids.)

9:45 am –  The entire group headed on the bus to the notary office.  We had to park a block away due to road construction and then walk up SIX flights of stairs to the notary office.  (Dear friend, think about how many small children we had in tow.  It was no small task! No need to head to the gym after that.) The good news is my fitbit shows that I burned quite a few calories!

While there we had our picture taken with the notary official.  (Notaries in China appear to be a much bigger deal than the USA.  The fee was pretty high compared to getting it done free in the USA.) This was the first time our little one had made a peep all day.  Quite honestly, I think she may have thought we were giving her back.  We left the expected gift on the table and our entourage headed back down the six flights to our bus to head back to the hotel.

1:00 pm –  The next phase of the process is to obtain passport for the little one to exit the country.  It has to be obtained in the city the child is from.  Our little one is from Luoyang which is a 2.5 hour drive ONE WAY.  There was one other family  with a little girl from the same orphanage, so we all (including Mimi and Hulaloo) piled into a passenger van for the next phase of the journey. We had 4 stops: the passport office, the orphanage and 2 finding spots.  All on different sides of ‘town.’  Luoyang is considered a town  but has a population of over 1.5 million. It took a while in traffic to make it to all the locations. 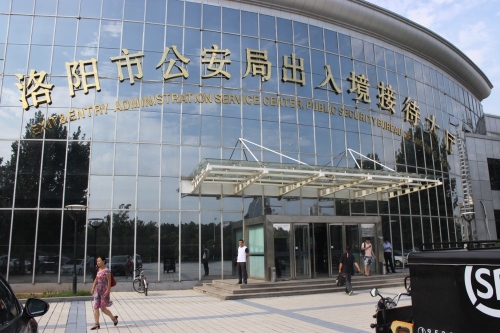 3:30 pm – We went first to the passport office and our Little Li got fussy again.  Its a good thing I didn’t understand the potential implications or I might have freaked out.  They wouldn’t take her photo until she stopped crying.  No photo = no passport = delay of EVERYTHING.  One family in our group (at another location) had to try for 3 hours before their little guy would cooperate.  Other families in the past have had to go back on another day. Thankfully before we left the states I learned two chinese children’s songs (in Chinese) and started singing softly in her ear.  She quieted long enough for them to get the photo (runny nose and all.)  Whew!

4:00 pm – We visited both finding spots of both girls.  I’m not going to say much about her finding spot here.  Its a very personal story that I will leave to her as she gets older.  All I will say is it was very moving to stand in the spot and think about another woman I will never meet and wonder what was in her heart and mind over 2.5 years ago .   Our guide shared with us that very often children are brought to locations far from their birthplaces in order not to risk being recognized.  (It is illegal to abandon a child.) Her spot was a very busy location so her mother took a great risk, but she did it for a reason which I won’t share.   Regardless of the circumstances, I am sure there was love.

5:00 pm– We went to the orphanage where she has been her whole life. 700 little souls live out their lives under the same roof.  Their futures are uncertain and their need for love and affection was written on every little face we saw.  The orphanage deserves way more attention than just a sentence or two.   I will write more later, so be sure to check back if you are interested in finding out more. 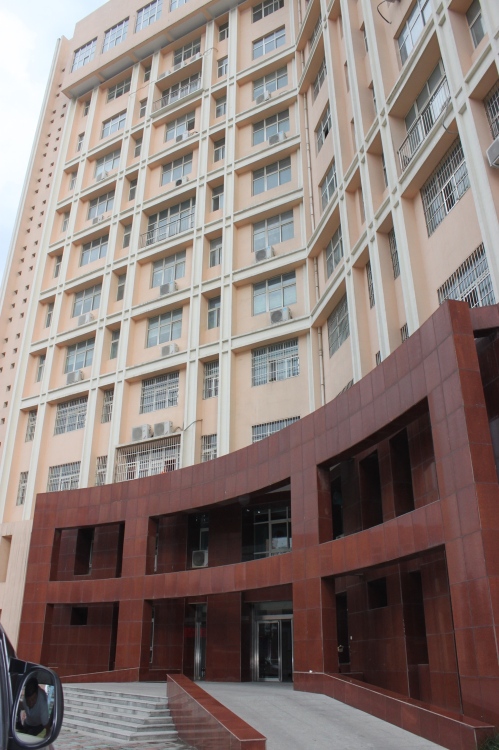 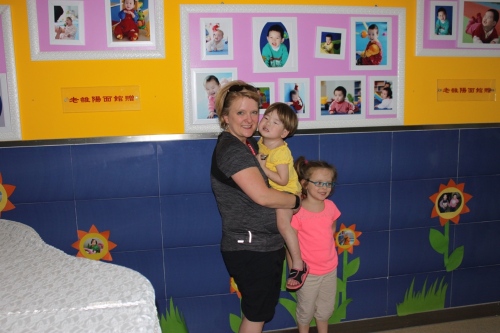 6:00 PM – We then started home and everyone was hungry, but our guide and driver wanted to get back.  We stopped at a gas station for snacks and drinks. My bill was 35 RMB (chinese currency) and I gave the clerk a 50.  She gave me 5 back. You do the math.  (I did and it didn’t add up! )  I quickly learned that words were not necessary to solve international financial matters.  A direct glare with a wrist roll and finger point (along with a subliminal message of ‘Oh no you didn’t!’) were enough to get my change returned quickly to my pocket.  I headed out with a nutritious dinner of crescent rolls, cookies and Sprite for my lovely little family for our return trip to Zhengzhou.

8:30 pm – We arrived safely back to our hotel and almost crawled to our room.  We have many stories to tell about the traffic here, but much like the orphanage, I want to do them justice so I will save that for later!